The incremental recovery strategy, outlined in the research project La Cittadella di Alessandria_Scenari di riuso adattivo (Adaptive Reuse Scenarios for the Cittadella of Alessandria), developed in 2017 by the Department of Architecture and Design of the Polytechnic University of Turin on assignment for Compagnia di San Paolo, begins to redefine the boundaries and possibilities of reuse of this architecture that is resistant to change, deeply isolated, disused and oversized. The identification of three Cittadella landscapes and eight environments helps to establish an initial hierarchy of the 26 buildings inside and unveil the latent potentialities of a unitary but internally complex and heterogeneous building. The resulting image revealed an unclear spatial complexity, potentially able to house extremely different activities. The research identified an initial chart of flexible infrastructure devices that form the heart of a strategy aimed at minimal, almost light, intervention on historical artefacts that is still able to immediately reactivate the Cittadella, making it safe and usable.

Cost evaluation and strategy set up 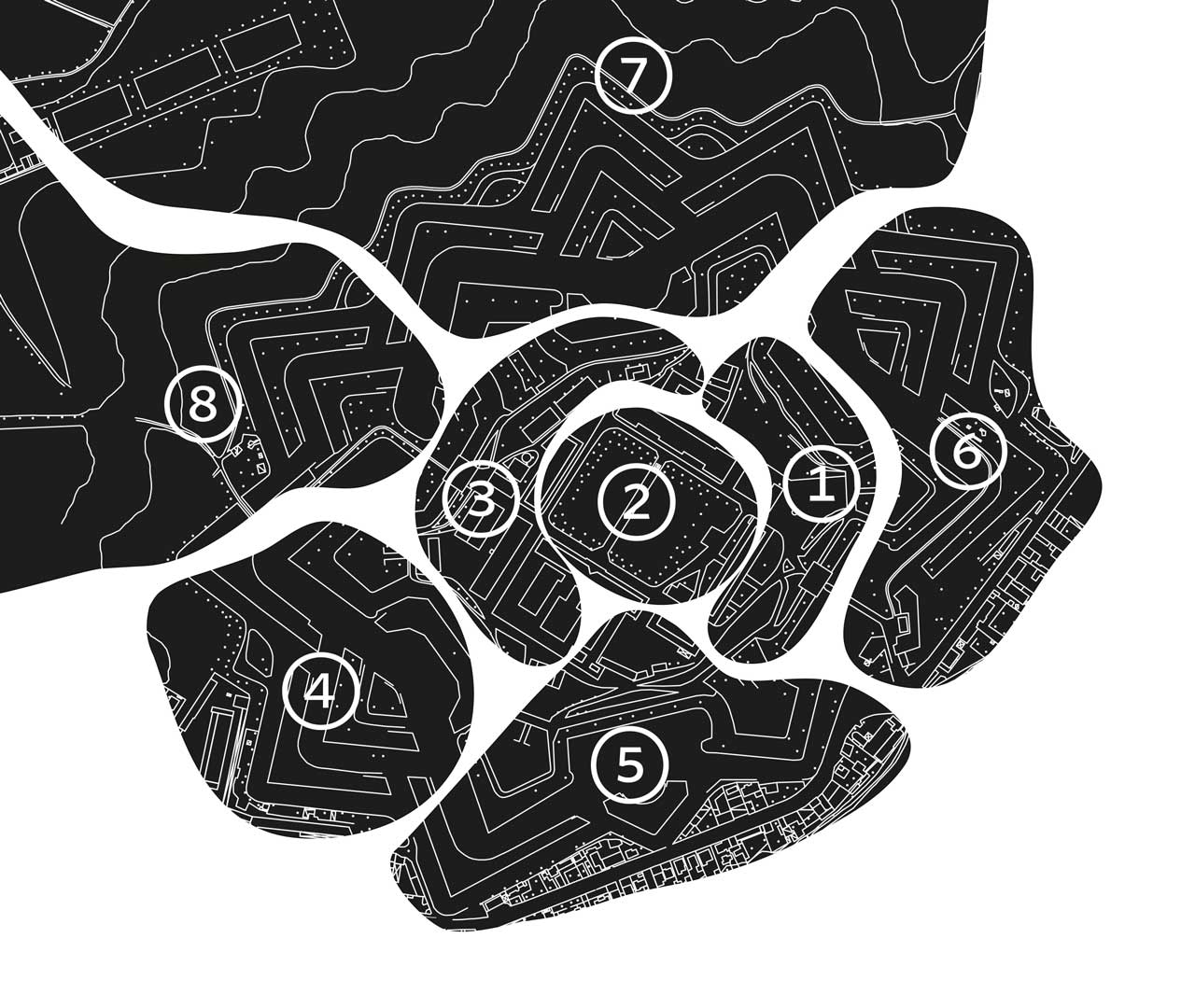 The Cittadella of Alessandria is a Savoy fortress that has survived undamaged. Until 2007, the Cittadella was a military garrison, but today it is owned by the Italian Ministry of Cultural Heritage and Activities and Tourism (MIBACT) – Superintendency Fine Arts and Landscape of the provinces of Alessandria, Asti, Biella, Cuneo, Novara, V.C.O. and Vercelli, which is interested in its cultural preservation and enhancement.

In the early ‘90s, before it was decommissioned, the Italian Government, the Piedmont Region, the Province of Alessandria and the City of Alessandria launched a series of administrative and research initiatives aimed at enhancing the Cittadella on account of its important cultural value. Despite the efforts, the outcomes were not successful and the Cittadella, emptied of all its original activities, seemed destined toward unstoppable decline. The era of investment in flagship assets, such as the Palace of Venaria, was over. The main cause of the failure of these attempts was the interpretation of the Cittadella as a unitary, inviolable system. All the hypotheses of new uses and economic interventions crashed into the oversized dimension of the site. At the same time, the Cittadella has become a place where spontaneous re-appropriation practices and temporary organised events take place. In 2012, it became a FAI ‘Place of the Heart’ and today some cultural activities and events have found a place here, giving new life to these abandoned spaces. In 2016, MIBACT took over ownership of the area and the process of renovation reached a turning point: the new aim was no longer to identify a new use for the Cittadella, but to preserve it through focused and efficient interventions to safeguard and restore it.

Thanks to the active participation of MIBACT, the research represents the first step in a complex sequence of safeguarding interventions for this oversized cultural heritage.

The research aims were: (1) through an inclusive approach, integrate diverse opinions – social, cultural, political – into a cohesive vision; (2) translate that vision into a coherent plan of interventions and uses with a temporal progression developed according to opportunities of urgency and financing; (3) ensure the sustainable implementation of the plan.

Turning a shared vision into a reality – into a truly great place – means finding the patience to take small steps, to truly listen and to see what works best in this particular context. For these reasons, the research included two opportunities for discussion with stakeholders. Two workshops took place at the Cittadella at two different times during the research project with the aim of (1) collecting requests and allowing stakeholders to discuss them and (2) returning at the intermediate phase of the work in order to collect feedback.

The Cittadella case study is a recurring theme in the protection of vast heritage buildings with low heritage density. This is a huge military site in a peripheral context that cannot be capitalised by simply conserving it nor used as an undifferentiated container or transformed through the selection of some elements to preserve and others to be altered. Given its huge size, the research identified an innovative approach that combines conservation needs, possible reuse and economic and management sustainability.

Previous iconographic and historical research studies represented the ‘state of the art’ and formed the base on which the project layout was developed. The aim of the research focused on the strategic aspects of the adaptive reuse process, taking on board previous historical research as scientific support, but neglecting to deepen the material degradation of the buildings, which could be explored in a successive knowledge phase.

The design research analysis has been developed both through a new interpretation of the architectural and landscape features of the Cittadella of Alessandria and through a careful recognition of its contemporary uses. The spatial aspects investigated have been useful in identifying existing values, latent potentialities and criticalities and have formed the starting point for drafting a strategic proposal strictly connected with the economic resources available and the development over time. Starting by observing people’s spontaneous repossession process, as described above, the placemaking developed capitalises the local community’s assets, inspiration and potential, with the intention of creating a renewed public space at the Cittadella that could promote people’s wellbeing.

The quantities that describe the gigantic dimension of the Citadel are:

To these numbers, the research adds its interpretation that the historical complex consists of three landscapes and eight main environments, with 26 buildings that help to establish an initial hierarchy of spaces. These numbers have unveiled the latent potentialities of this unitary but also articulated and heterogeneous complex: this new interpretation of the Cittadella enriches the traditional image of a unitary architecture that, through its decomposition, reveals its specific, latent and non-visible potentialities. The resulting image of the Cittadella shows its less evident spatial complexity, extremely rich and potentially able to accommodate activities and uses that are extremely different in consistency, function and size and that may be established at different times.

Since the preservation of the historical complex is the aim of the strategy designed, the project of adaptive reuse has identified: (1) an initial chart of infrastructure devices combining the most urgent structural operations of consolidation; (2) the main infrastructural backbones; and (3) the new architectural mechanisms that might reactivate the Cittadella, making it safe, usable and open.

The research has (1) identified the interventions on the buildings and military infrastructures and (2) designed a series of flexible and (possible) reversible devices that were the main instrument of the action strategy aimed at intervening as little as possible on the material consistency of this historical complex. Combined with the temporal sequence of introduction of these devices, the approach to the Cittadella evolved the architectural restoration project of the Cittadella from a ‘static’ horizon, durable but also rigid and expensive, into a ‘dynamic’ process, renewable in time; the setting for multiple kinds of scenarios.

The strategy of intervention designed an incremental process whereby the Cittadella becomes a design laboratory. The structural sequence of interventions brings together the ordinary restoration project of some buildings – that starts and ends in a limited time period and has government grants and a defined use layout – and a series of interventions developed over time but brought together by a unitary design intention. In short, the research identified a new ‘active safeguarding strategy’.

The gap between funds needed and funds available is enormous:

The safeguarding strategy was designed starting with an analysis of the last projects to renovate the Cittadella. The analysis underlined that, more than the big top-down projects – almost all stopped because of the disproportion between funds available and funds required –, small bottom-up initiatives have made people aware of the Cittadella and made it loved and protected by its users. By confirming existing uses, the core of the first step of the strategy was to enhance the initiatives that made the Cittadella a lively public place. Based on this assumption, the research study proposed a light and agile management model. Through a minimal set of interventions, ranging from the simple preservation to the insertion of the devices necessary for the safe use of spaces, the sequence of incremental interventions formed the core of this ‘active safeguarding strategy’. The first tranche of funding (2017-2023) represents the trigger – with immediate effect – of the entire programme of adaptive reuse that, governed by a sustainable management model, will be able to attract public and private operators. This first step consists of defining a timely series of interventions aimed at halting the deterioration of the buildings and fortifications and enabling a peaceful reconquest of the Cittadella.

The strategy described concluded as follows: (1) the subjective selection of architectural elements and their consequent sacrifice, was not functional to the hypothesis of ‘updating’ of the Cittadella –  structures and buildings with poor value were more interesting for an adaptive reuse project because they can absorb humble uses, such as stores or services; (2) it was necessary to introduce technological, material and infrastructural systems necessary to reactivate this historical heritage; (3) the ‘new’ elements added by necessity must have a character of autonomy and clear legibility; (4) the adaptive reuse strategy must absorb local potentialities because of its aim of enhancing place identity through the capitalisation of current resources.

To preserve this cultural heritage, the project did not ‘subtract’ but ‘add’. These were the interpretative keys of the entire proposal and the challenges of the project. 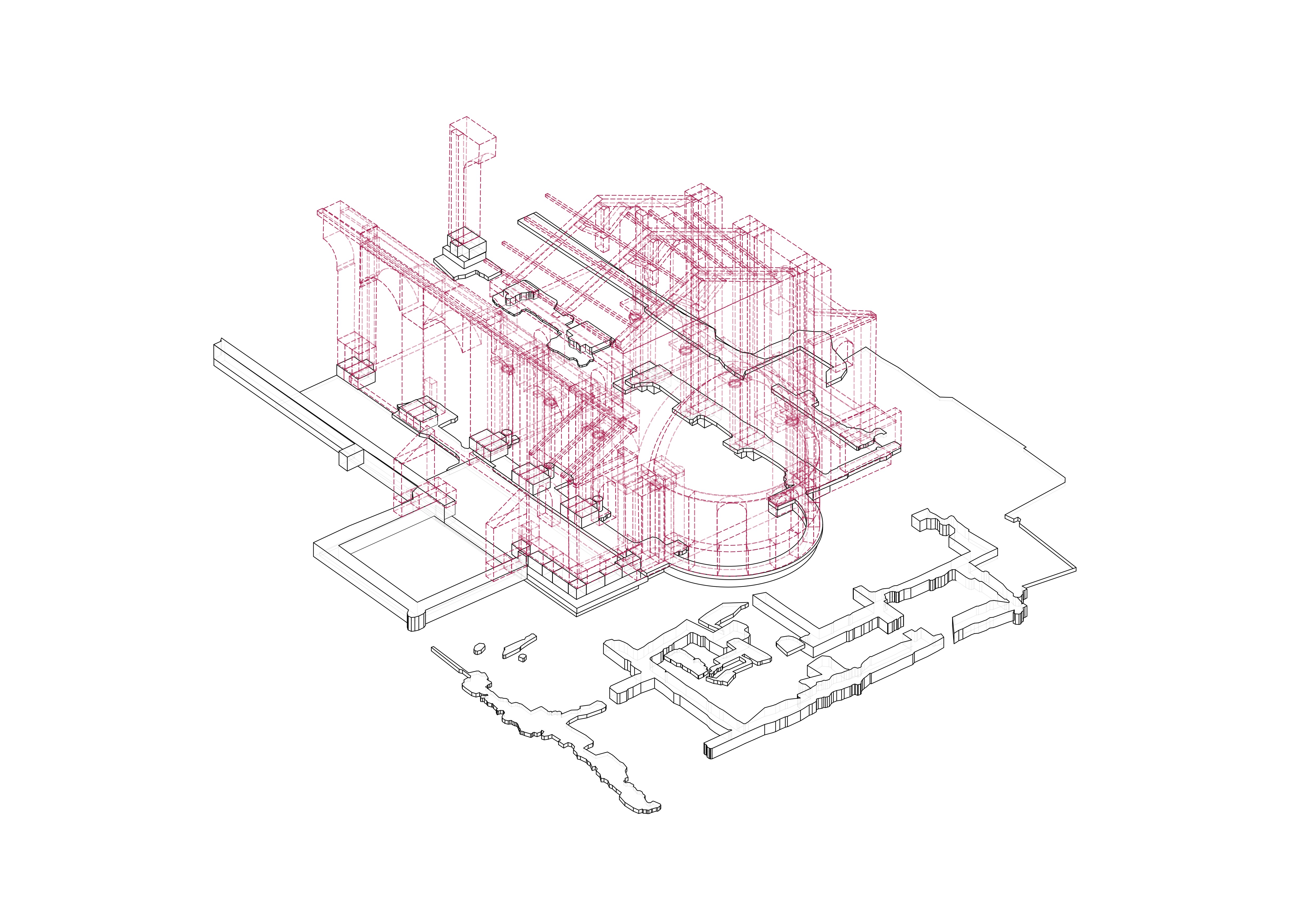 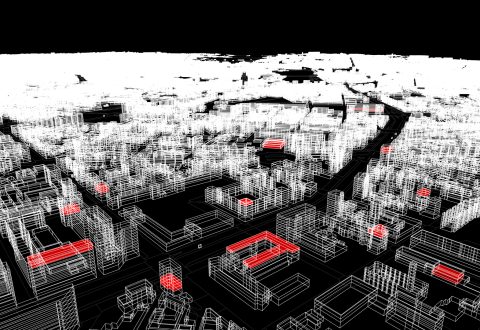 From the imbalance between the increasing number of environmental contamination incidents and the limited availability of resources to be devoted[...]