The beauty of Europe deserves to be told and promoted, it represents both our history and our future. Not only because it is an essential element of European identity, and therefore preserving and promoting it expresses the best possible response to the fear, violence, and fanaticism that seek to poison our societies. The protection and promotion of cultural heritage, a precious antidote which, alongside the necessary security measures, generates a commitment

in us to revive and strengthen the network of human and social relations, those bonds which form the basis of our civilization. But beauty is also strategic from an economic point of view.
In the age of market globalization, in order to compete with other countries, Europe must rely on its soul, culture, art and landscape as essential to the idea of sustainable development (CHCfE Consortium, 2015).

In 2018 Regione Piemonte appointed FULL – Future Urban Legacy Lab of Politecnico di Torino to identify a strategy for the promotion of certain cultural sites within its local territory affected by under tourism. The sites identified for the study were Turin’s Borgo Medievale, Borgo Castello in Venaria Reale, and Fenestrelle Fort.

As pointed out by P. Leon (2012), from a general point of view, cultural heritage cannot be interpreted as a common asset to which the rules of the market can be applied across the board. This is because the category of cultural heritage identifies elements that are always unique, which must be open and accessible to the public, with a value that is independent of their use and must be preserved so that it can be handed down to future generations. This is the context in which the three sites chosen for the study are positioned: places of outstanding historical-artistic value whose maintenance is unavoidable but which present a picture of “suffering” in terms of economic sustainability.

In particular, the three sites were chosen because they share a series of characteristics that could have made the experimentation repeatable in other similar contexts. All three sites are classified as assets of monumental interest and subject to protection under the Cultural Heritage Code. They are intended for cultural and museum use, connoted as building complexes made up of a number of buildings that also house activities ancillary to the main museum/cultural activity (in all three cases the systems house refreshment points, restaurants and shops). They are three “peripheral” sites when considered in relation to their specific reference system. All three are affected by under tourism, i.e. they are not very popular tourist/cultural destinations. They are located in geographical areas characterized by a naturalistic-environmental value (the axis of the River Po and river park; La Mandria Park; Orsiera Rocciavrè Natural Park), and all three sites are managed entirely by the public body that owns or manages them (there is no public/private partnership).
While the goal of the owner is to allocate the funds available in order to activate a strategy of overall renewal of the economic and social systems in which the three assets are inserted, that of the Interdepartmental Centre is both to identify the latent and residual intrinsic potential of the three assets under investigation and to identify a transversal approach methodology that can be applied to other case studies.

Divided into two parts, the book presents the results of the interdisciplinary research carried out, introducing some new elements. While the first part looks at the topic from the point of view of its strategic dimension, the second develops the investigation and analyses the meta-project scenarios elaborated. 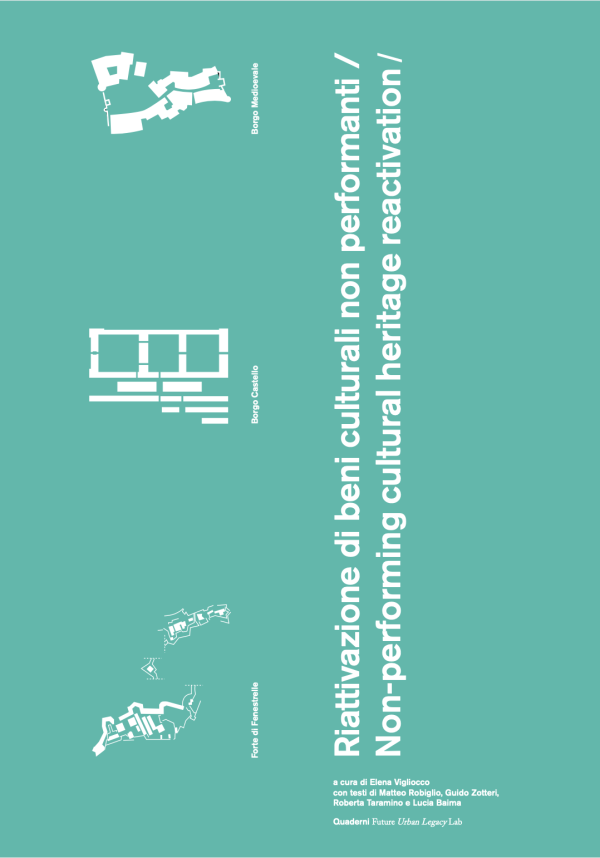 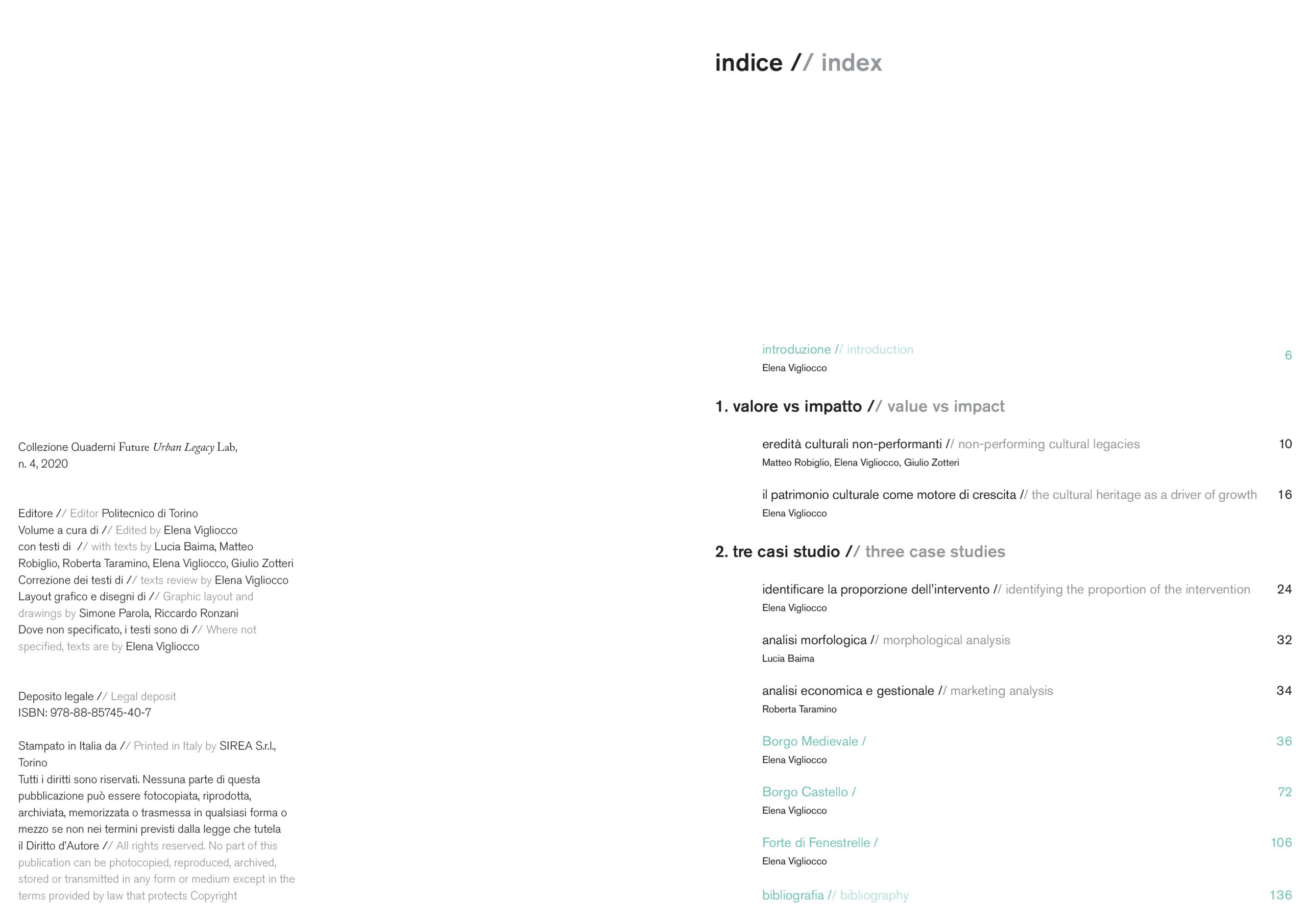 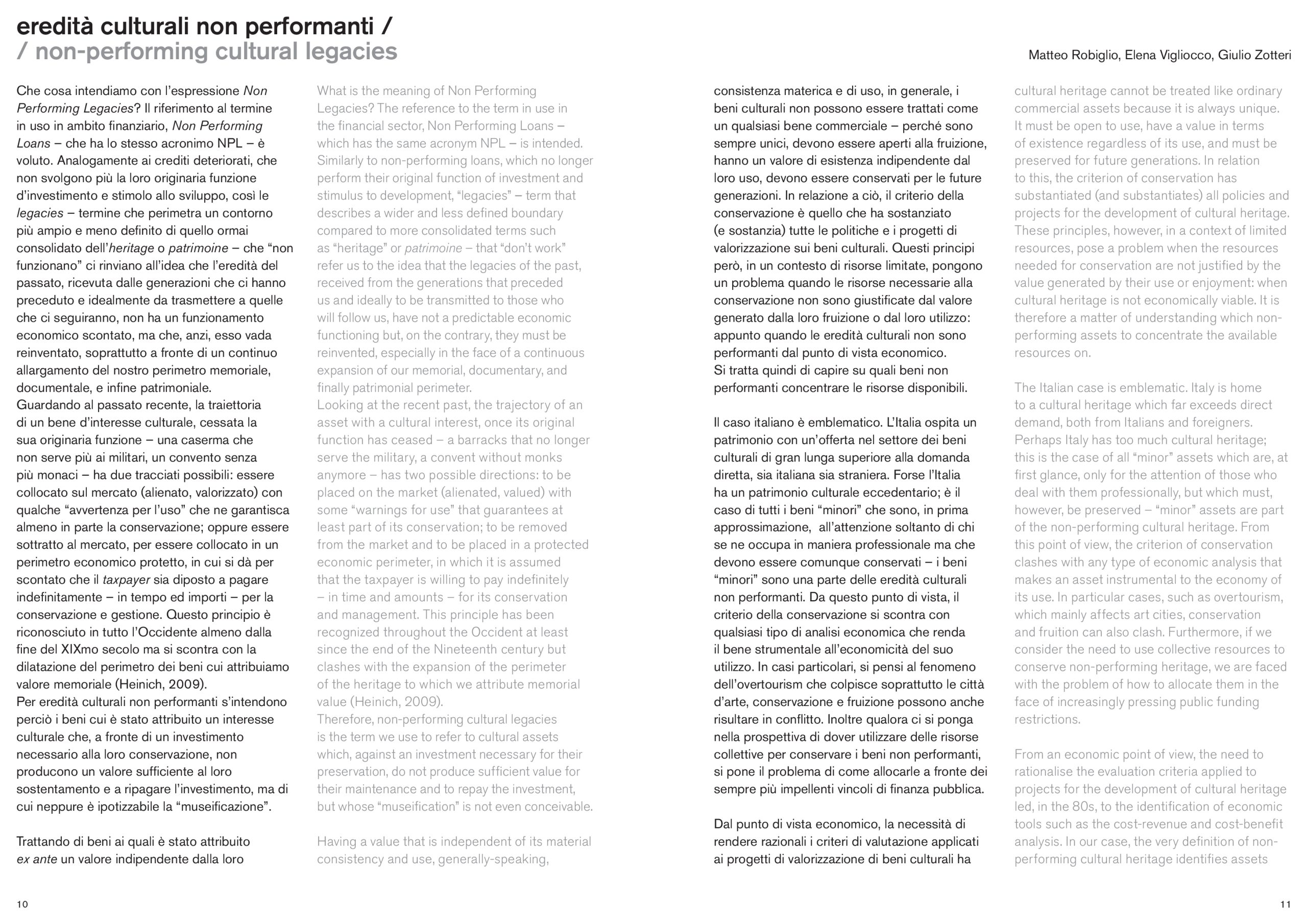 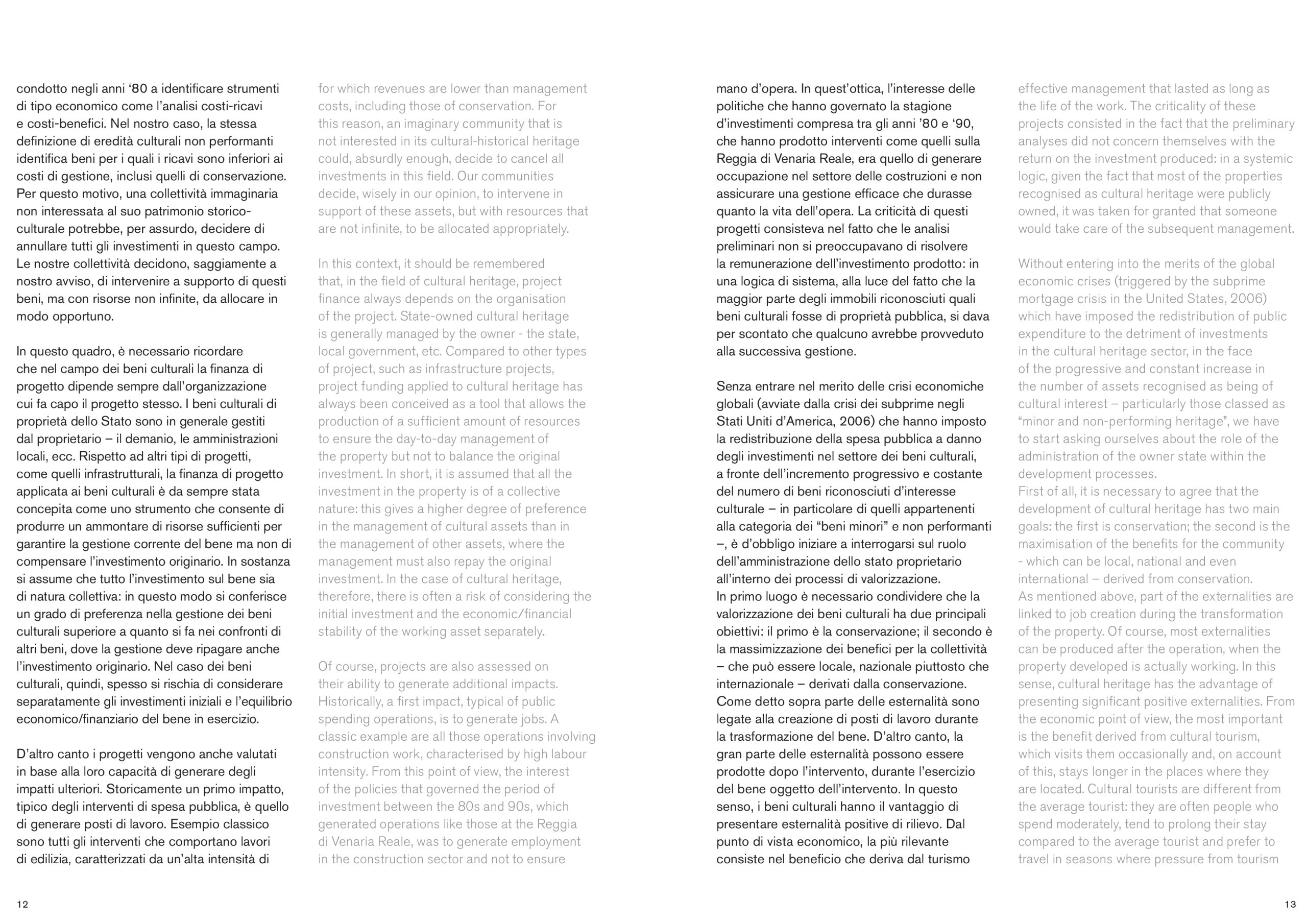 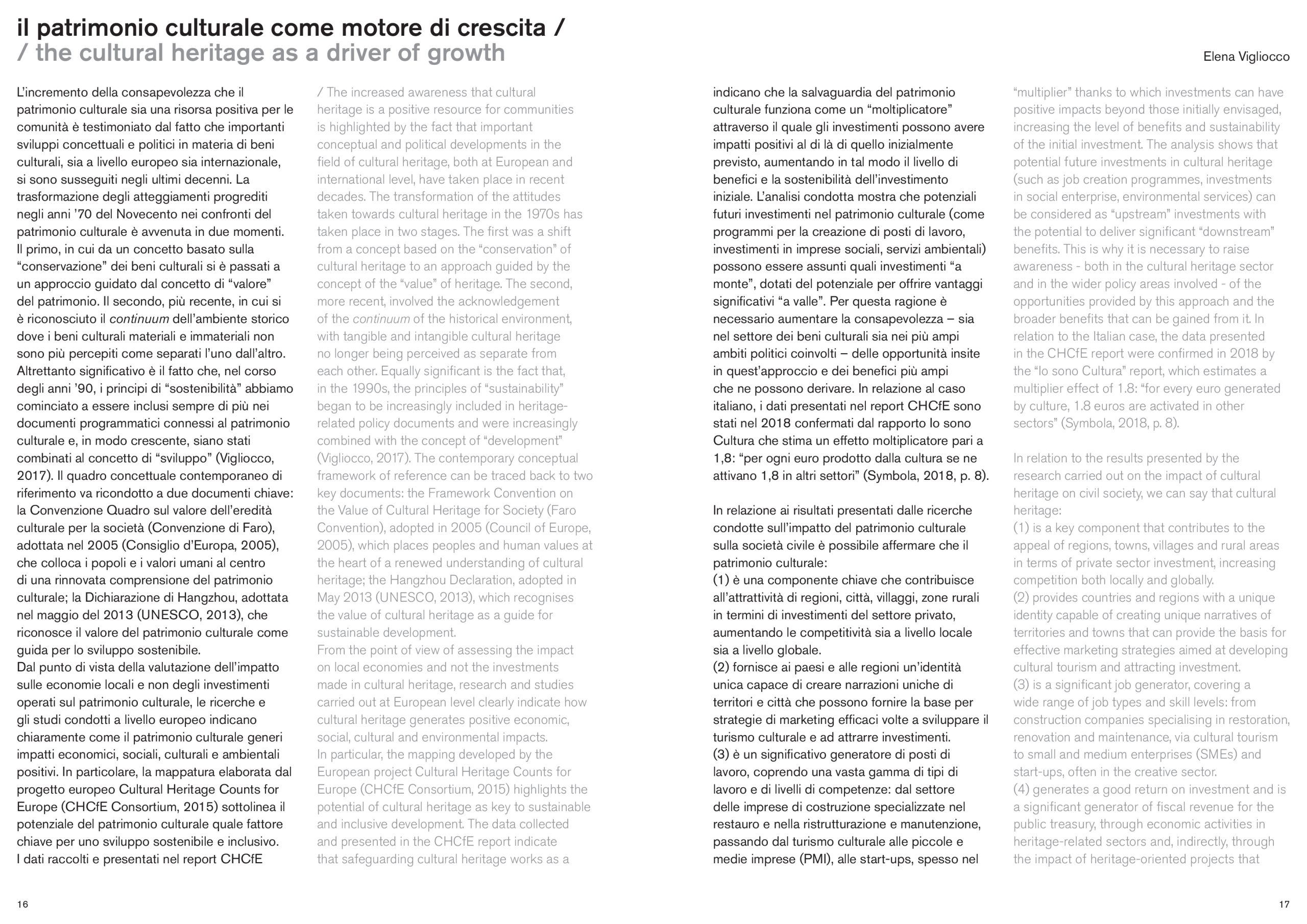 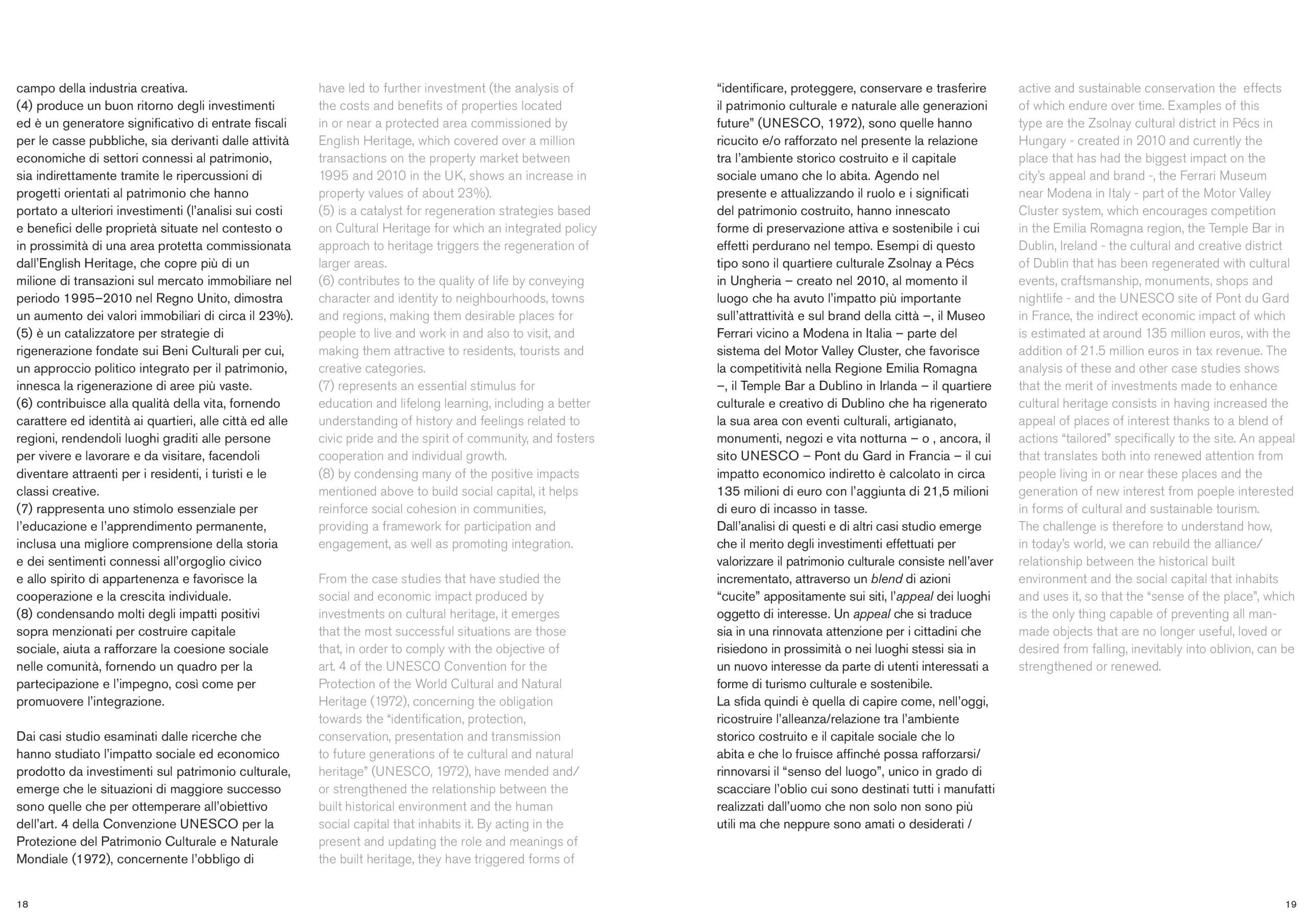 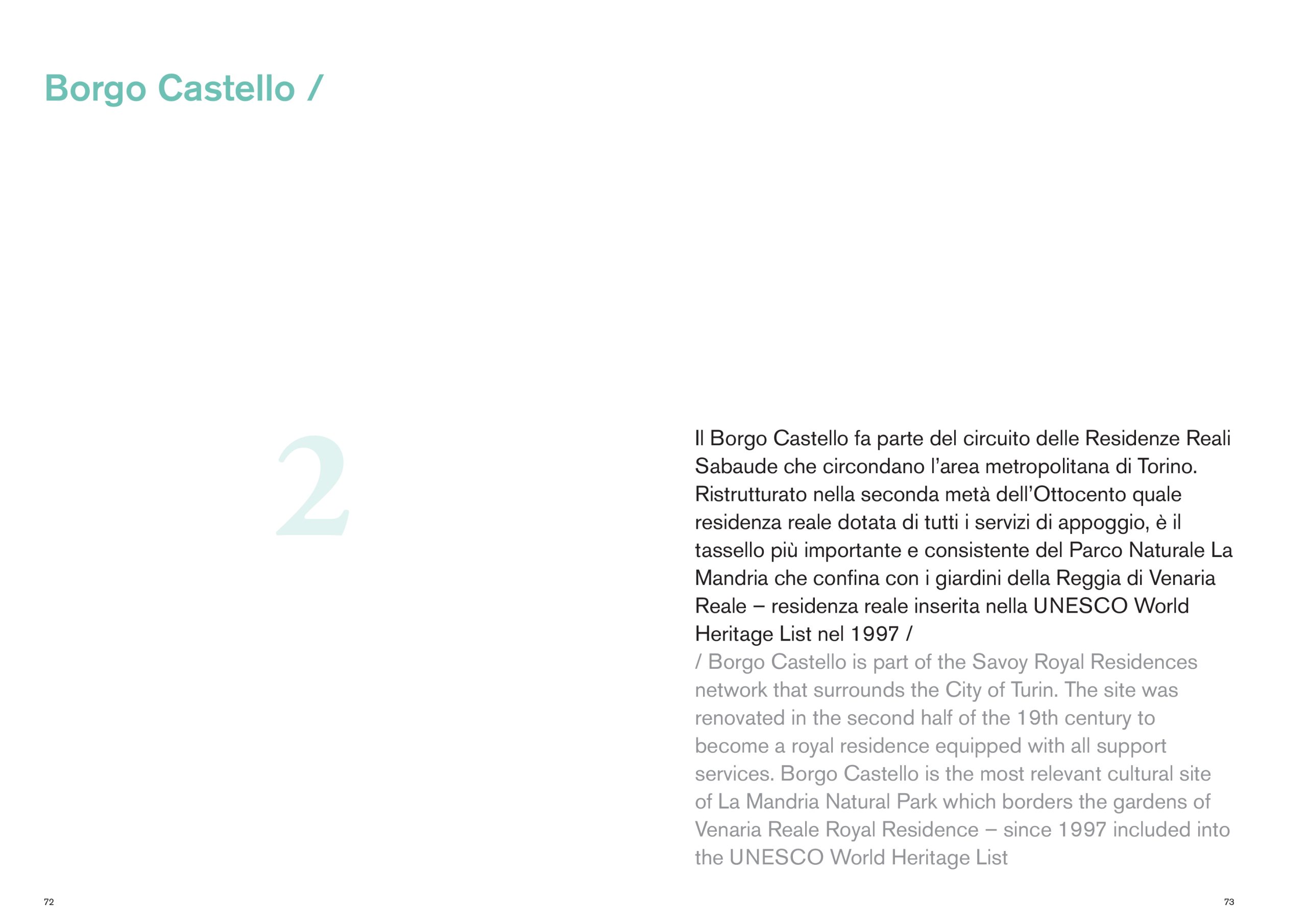 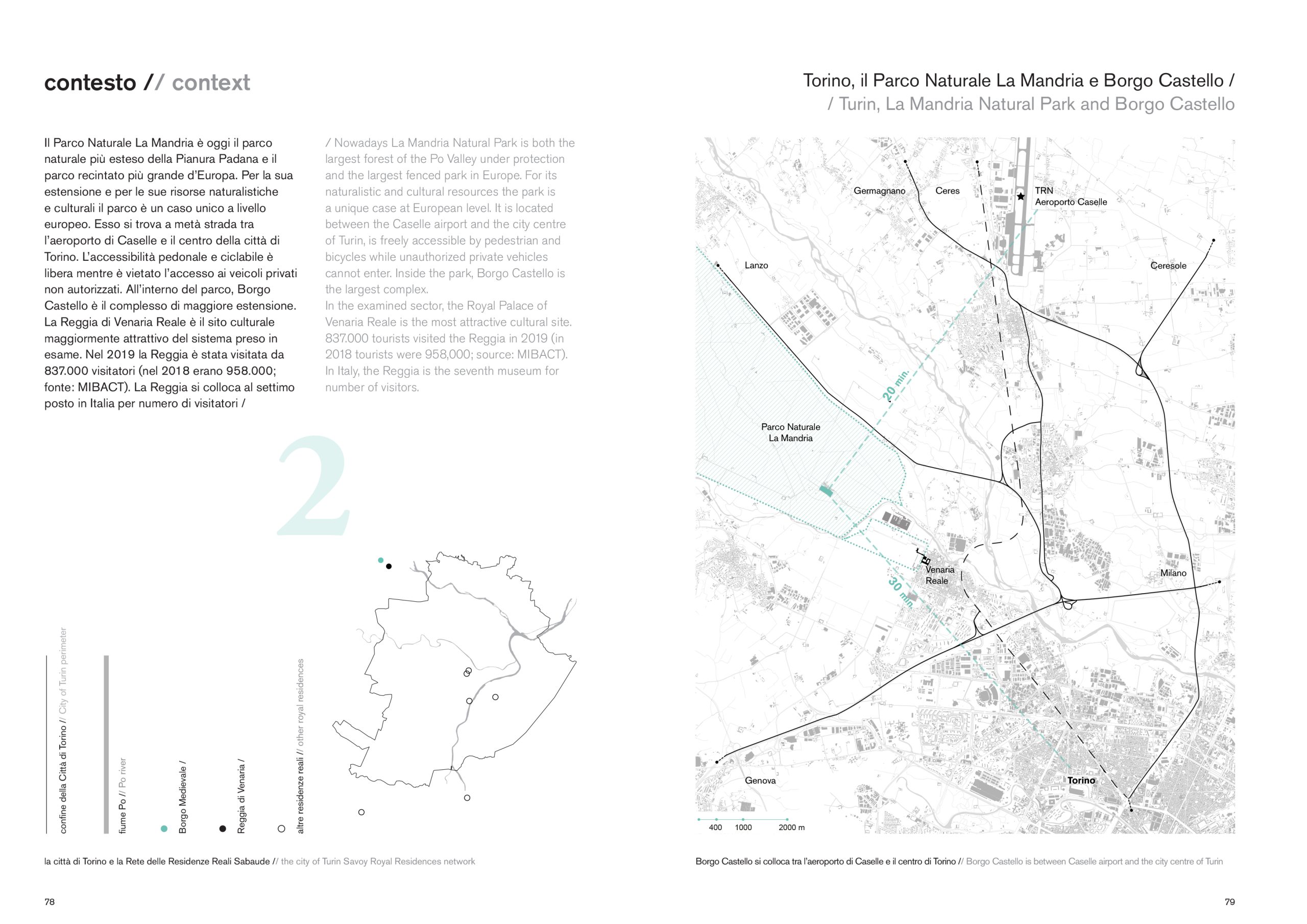 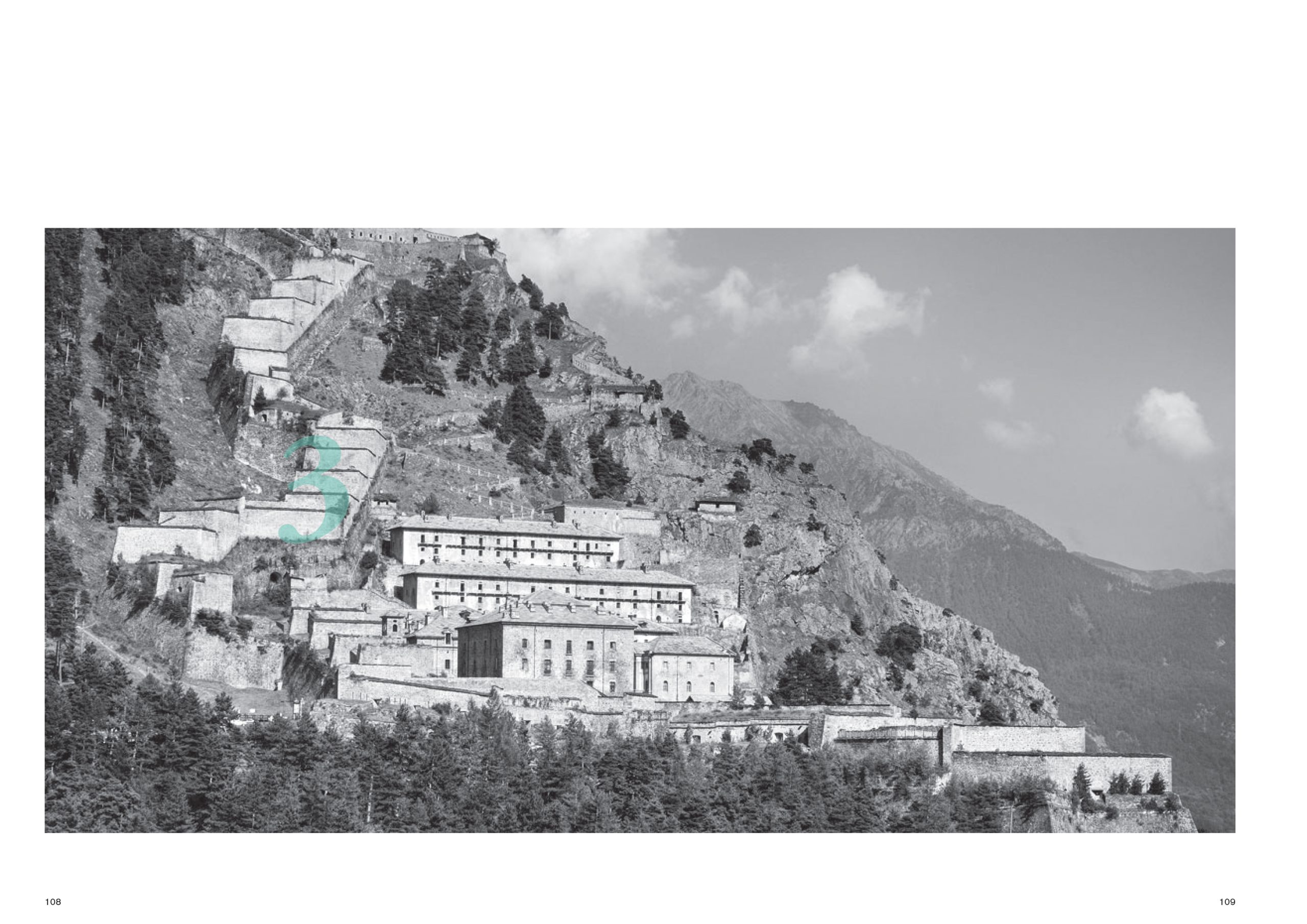 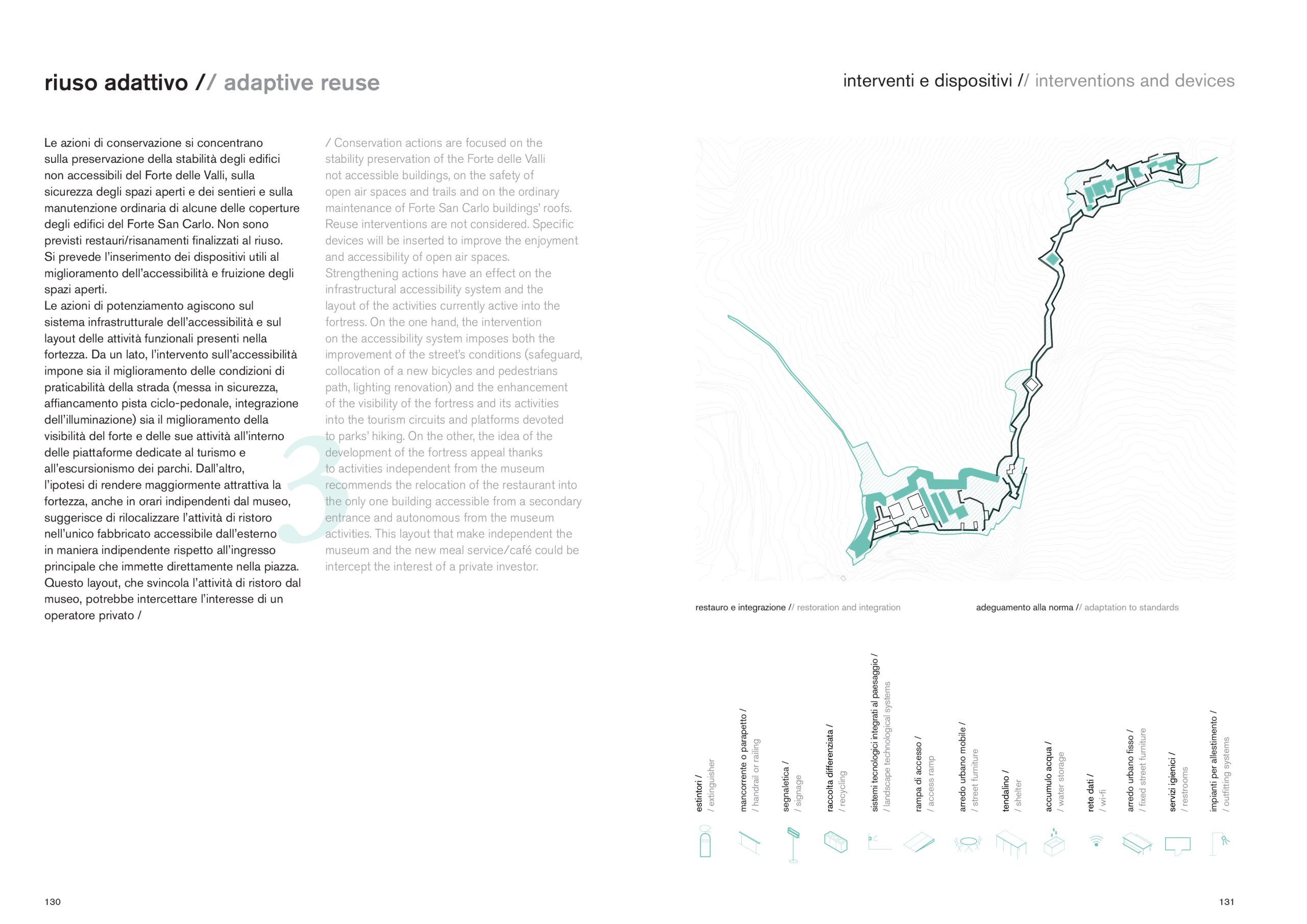 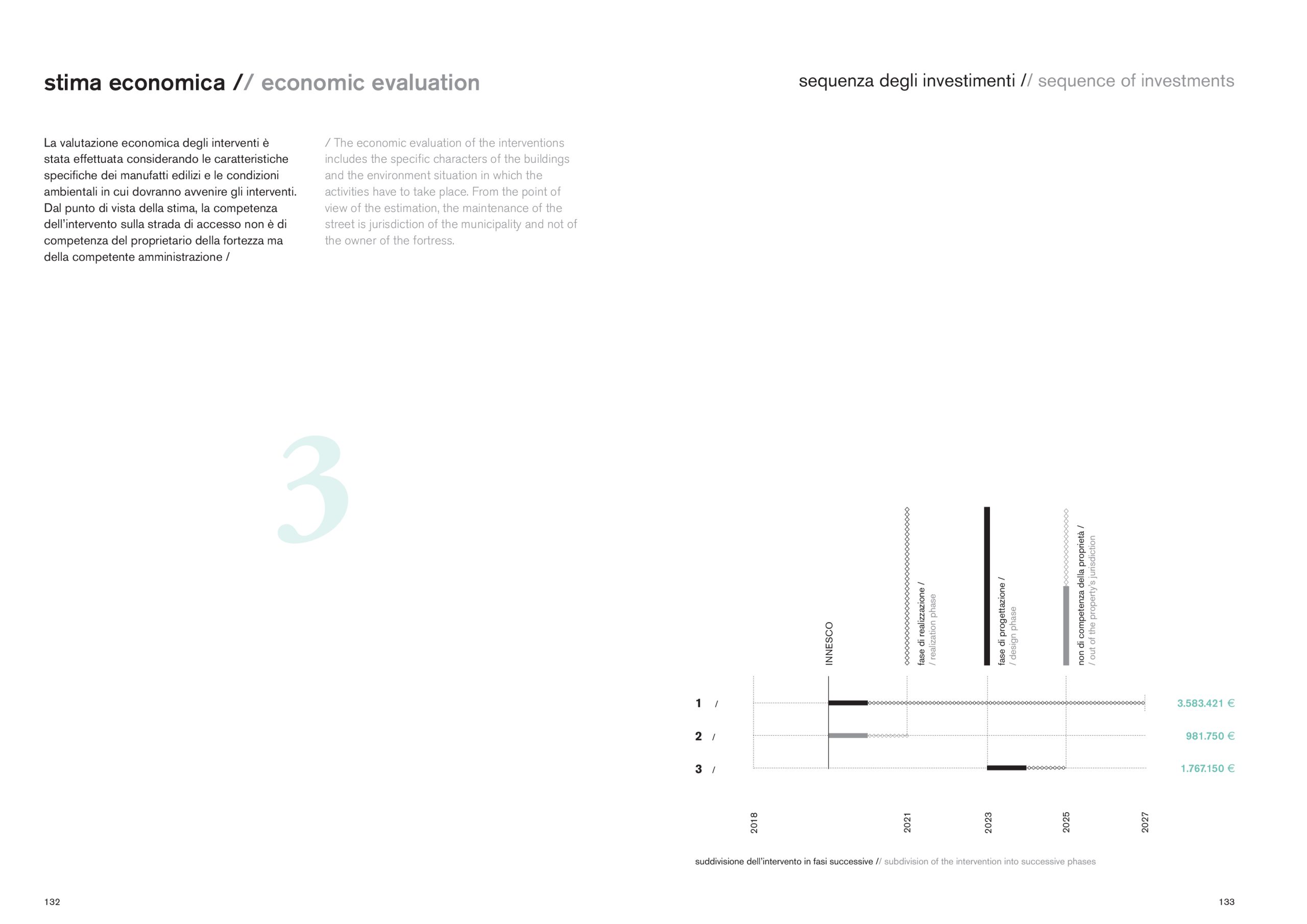 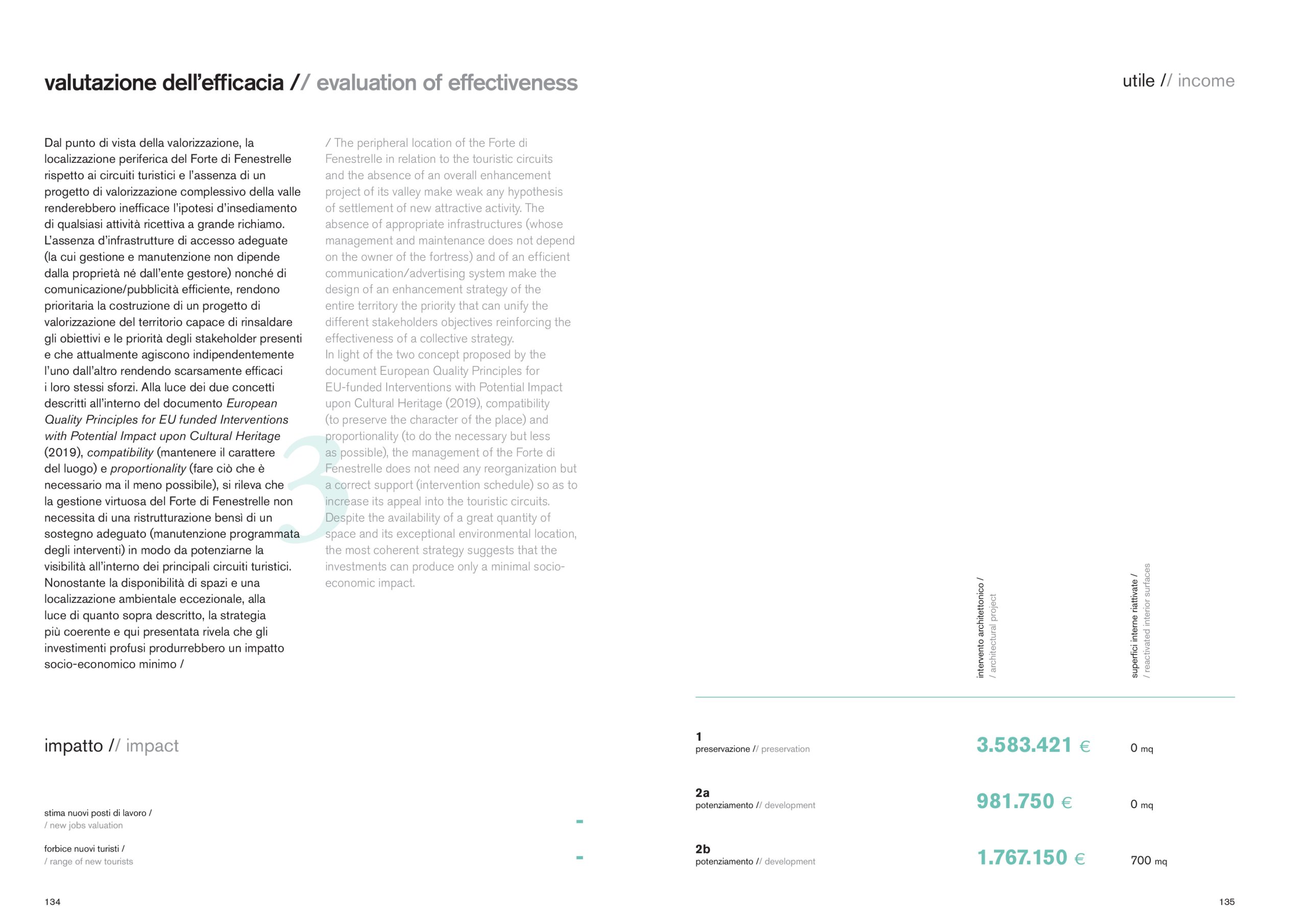