How do you turn 42 vertical concrete tubes into a place to experience contemporary culture? 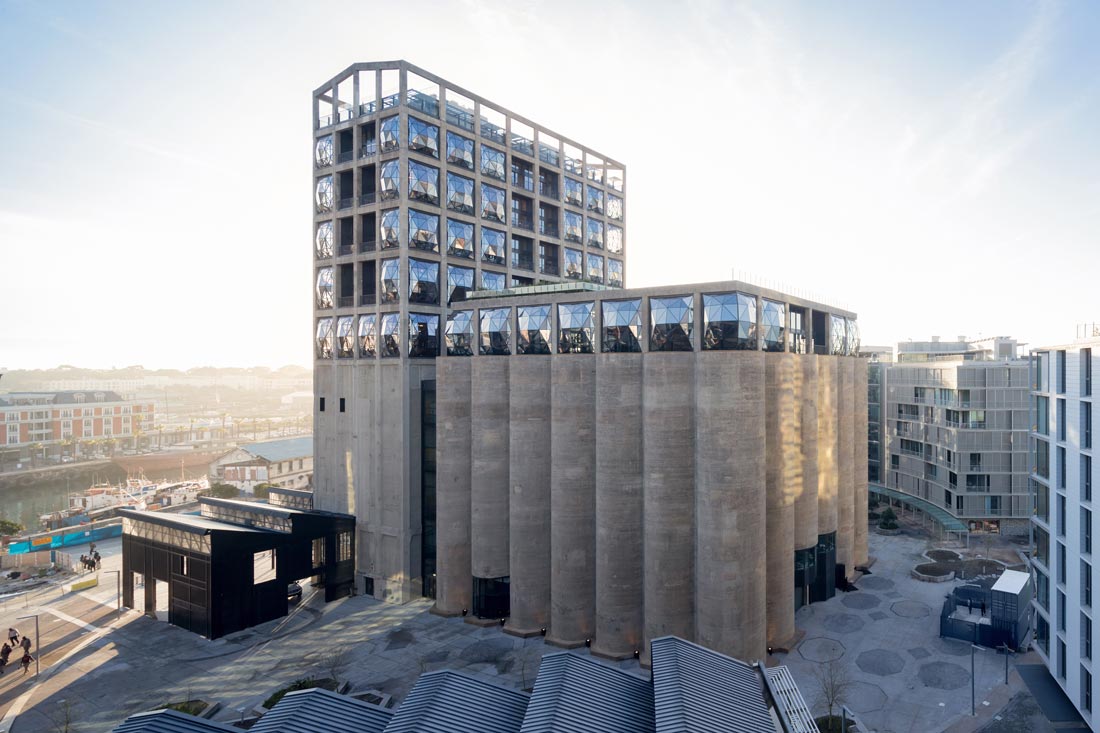 Since the 1920s, the prominent grain silo on Cape Town’s waterfront had stored and graded corn from all over South Africa.

After it was decommissioned in the 1990s its owners, the Victoria & Alfred Waterfront, approached the studio to develop ideas for adapting the silo and its site. Although the waterfront was already a vibrant area, it lacked a major cultural institution. 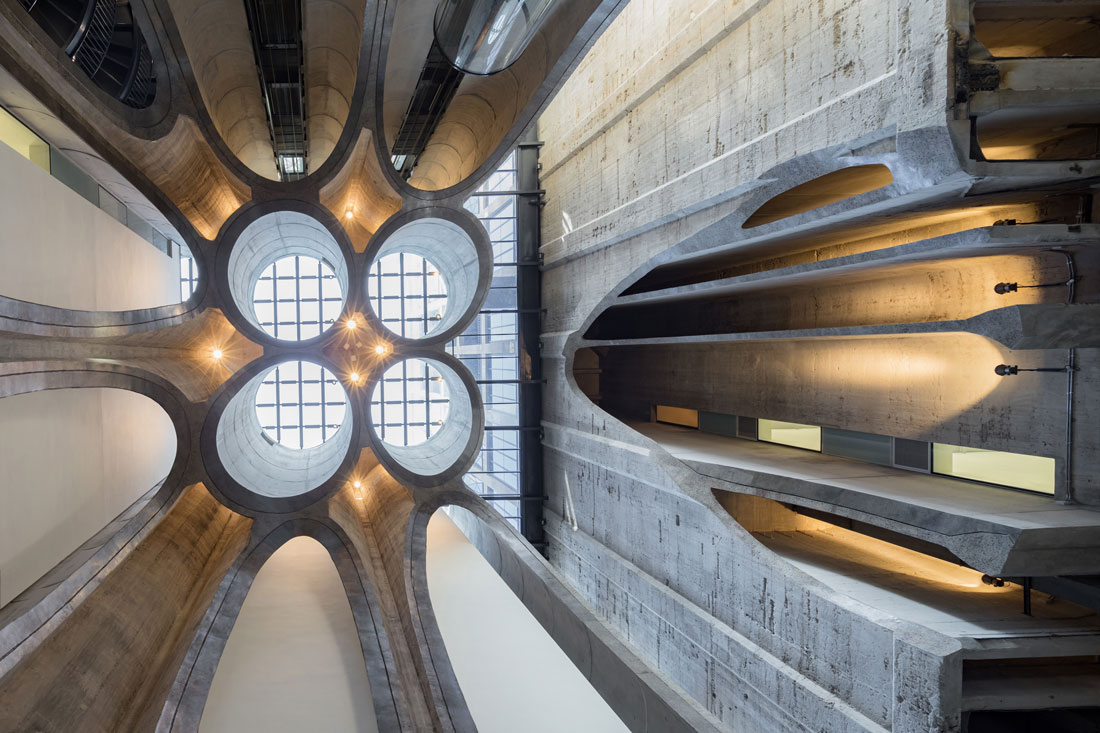 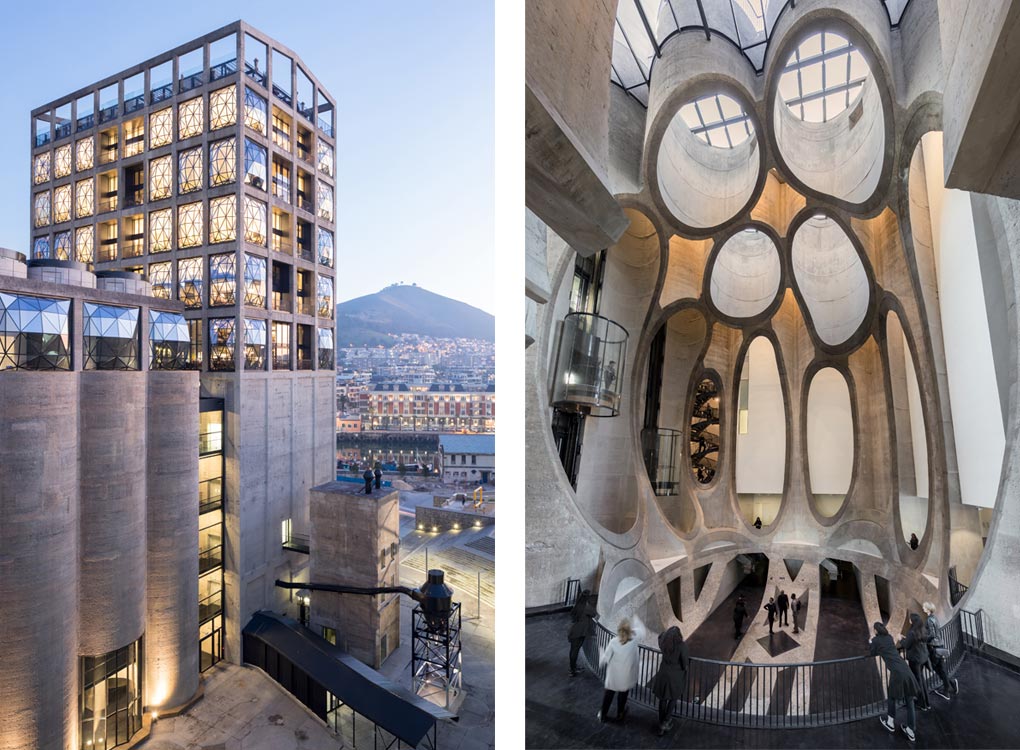 Though the concrete building looks like a single structure, it is composed of two parts: a grading tower and 42 tall, cellular silos.

The main challenge was to convert these tightly packed concrete tubes into spaces suitable for displaying art, while retaining the building’s industrial heritage.

We developed a concept to carve out an atrium, like a vaulted cathedral, to form the museum’s heart. Scooped from the building’s centre, it provides access to the gallery doors that are organised around the central atrium.

We realised the concept of carved tubes was technically challenging. Modelled on a single grain of corn, the rounded shape was scaled up to fill the 27-metre-high volume and then translated into thousands of coordinates, each defining a point within the silo’s tubes. Mapped out physically with nails, the brittle concrete tubes – only 170 mm thick – were then lined with partial inner sleeves of reinforced concrete. 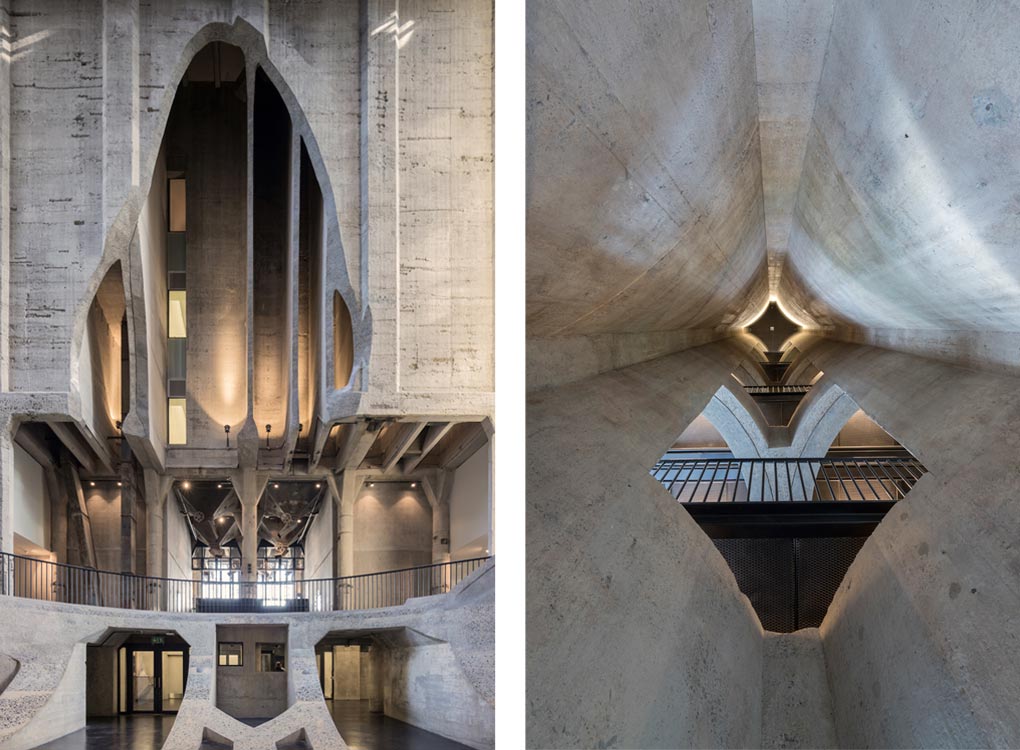 The new concrete sleeves created a stable composite structure 420 mm thick and provided a cutting guide for removing portions of the old silos. The existing tubes were pared back to reveal the curved geometries of the 4,600-cubic-metre atrium. The cut edges were polished to give a mirrored finish that contrasts with the building’s rough concrete aggregate.

Each of the carved tubes was capped with a 6-metre-diameter panel of laminated glass that brings daylight into the atrium. The glass carries a frit specially commissioned to the late African artist, El Loko, based on his Cosmic Alphabet works. As well as mitigating heat from daylight, the frits create a safe, walkable surface for the sculpture garden.

The remaining internal tubes were removed to make space for 80 gallery spaces providing 6,000 sqm of exhibition space. Underground tunnels have also been adapted for artists to create site-specific works. 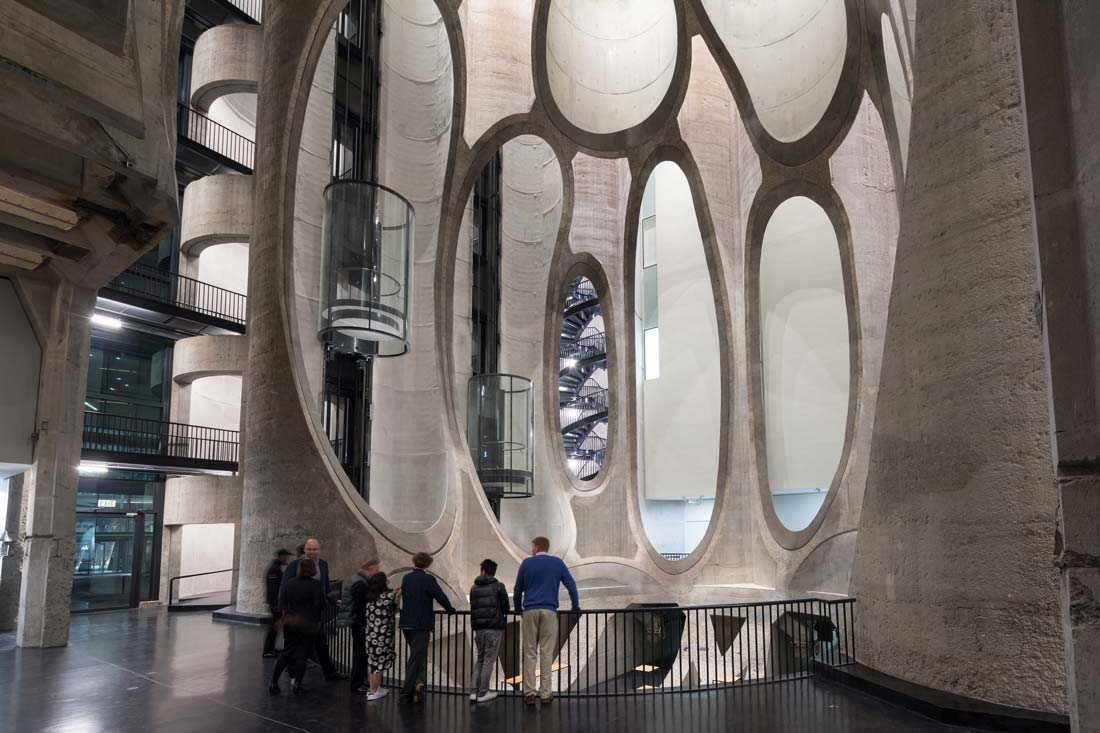 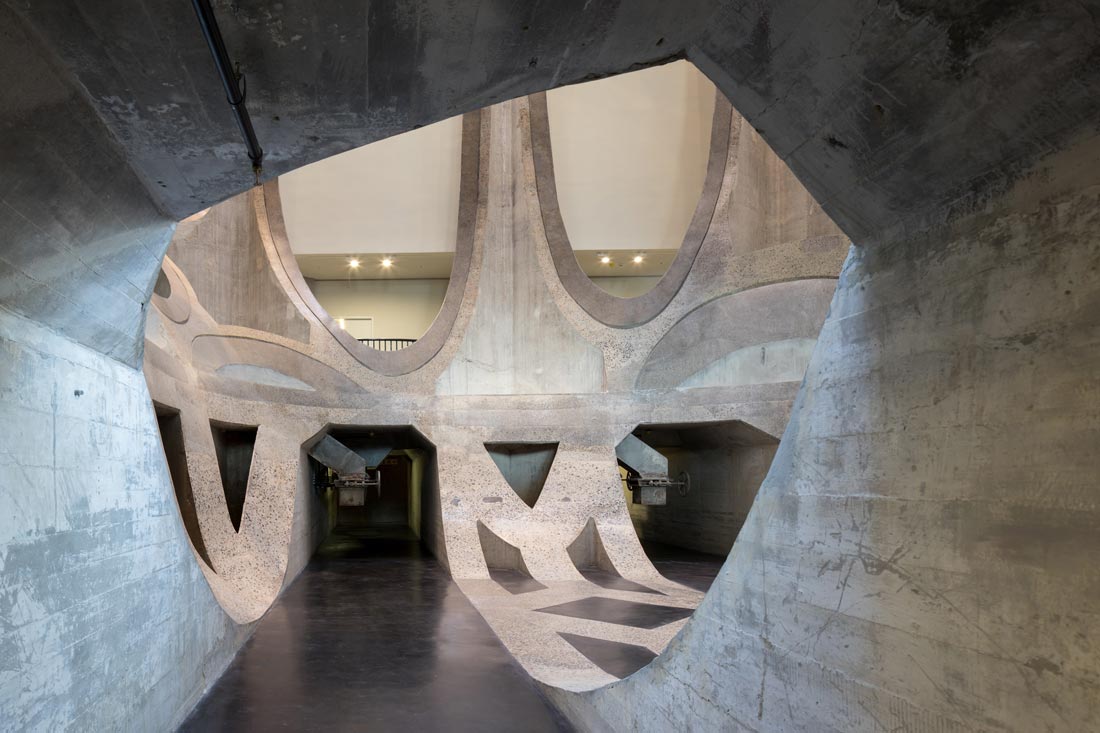 The proportions of the tower portion of the silo complex made it unsuitable for use as an exhibition space. The design team reconceived this structure as an illuminated beacon. Inspired by the bulging glazed texture of a Venetian lamp, we developed a method for the new glazing that would give a similar convex effect.

The solution was to use facets of glass, organised to create a subtle convex shape. Built with structural glass, the composition strengthens the frames of 60 mm x 15 mm steel bars to make a transparent shell.

Forming a kaleidoscope of changing textures and colours, the glazing creates irregular, sparkling patterns and provides far-reaching views. By night, the building acts as a lantern for the harbour and the city beyond. 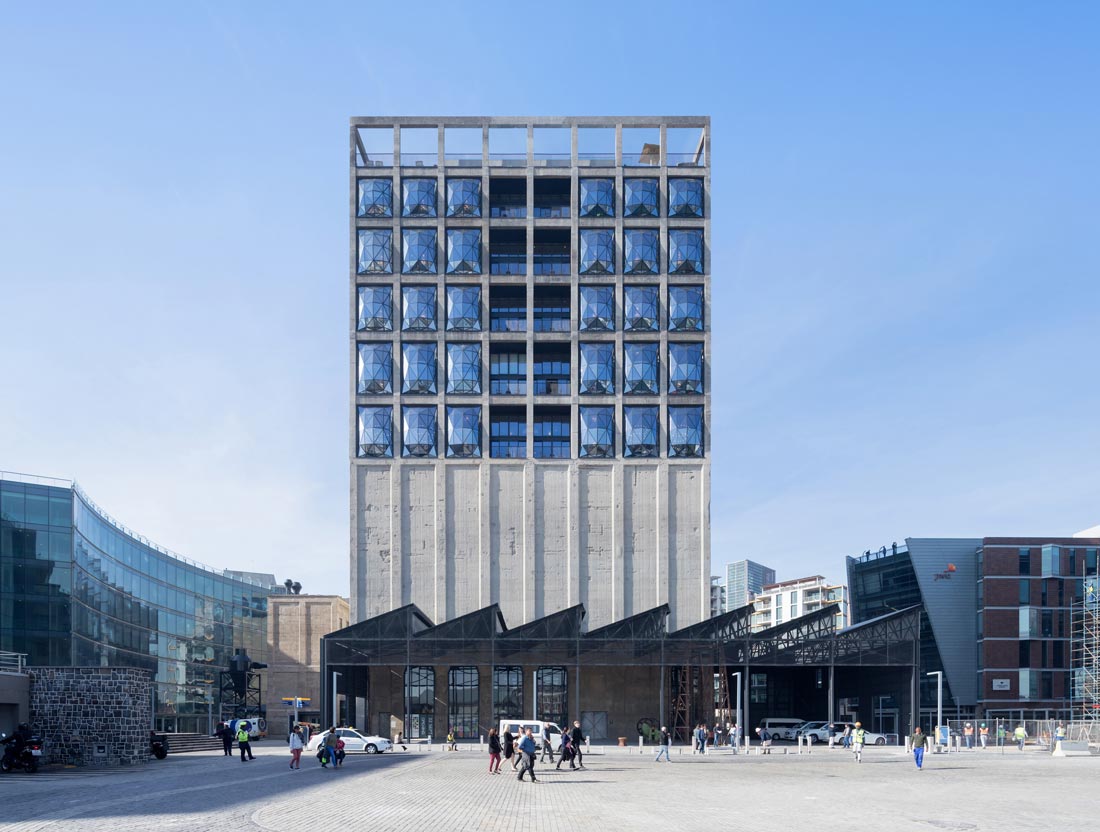 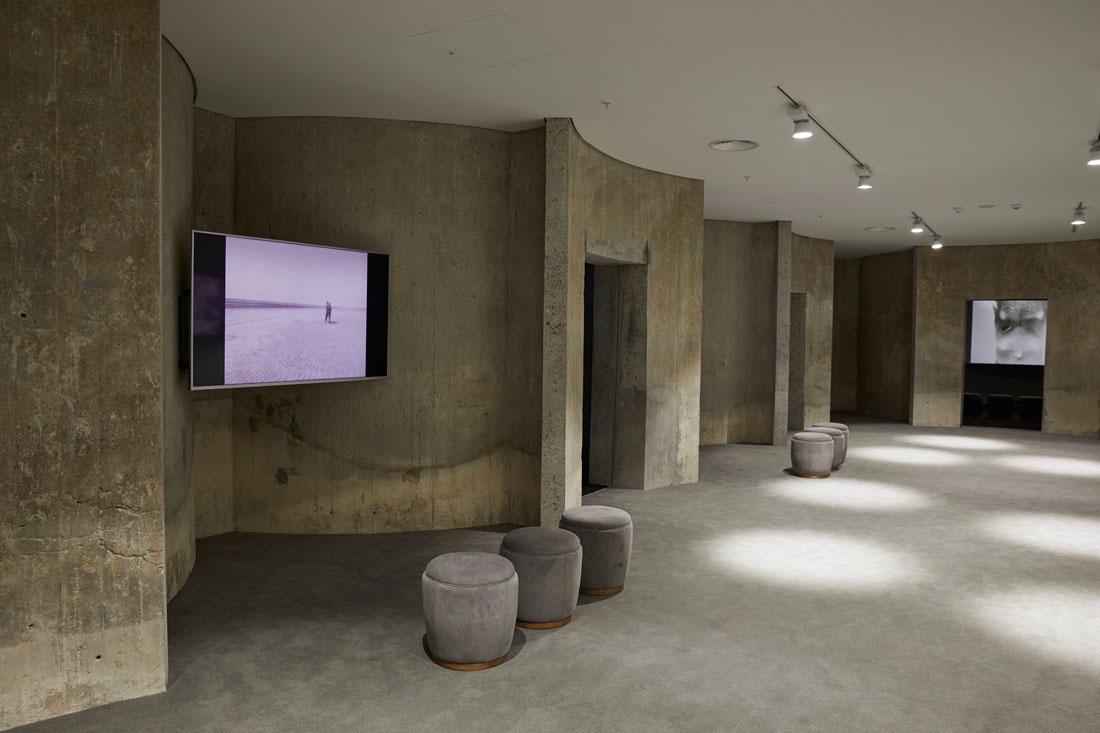 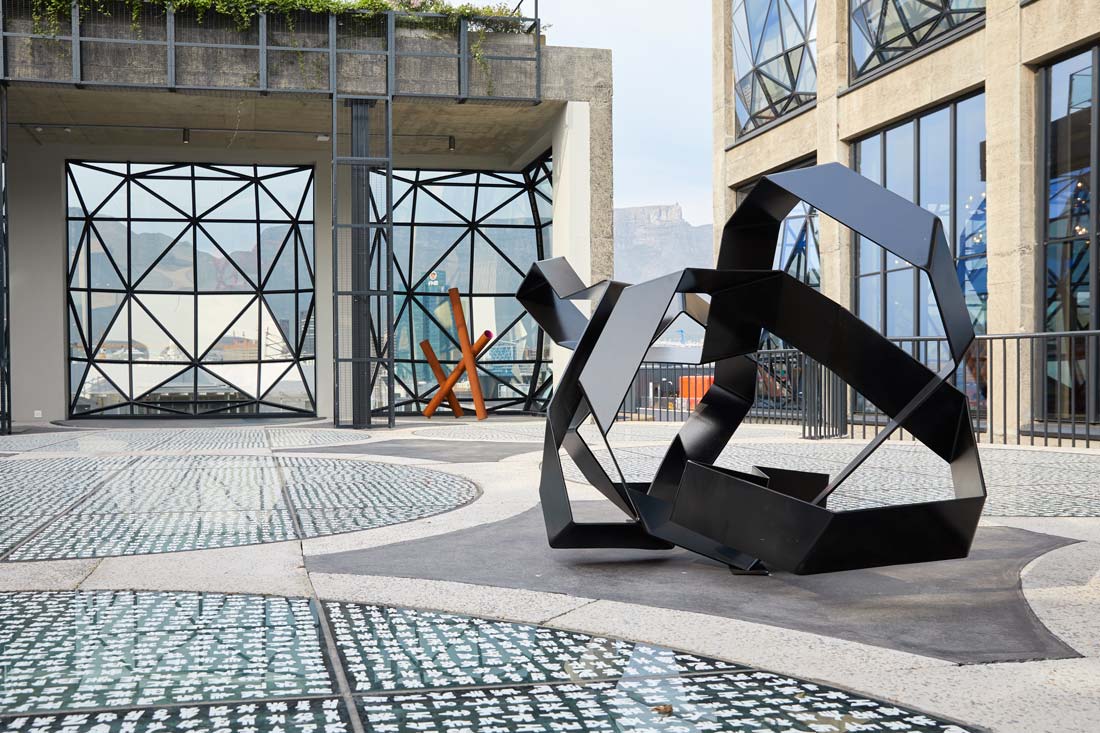