The international competition proposes the transformation of the city’s port area into an artistic hub. The site is overlooked by an old grain silo dating from 1935, one of the first in the country to be constructed with cylindrical cells made of reinforced concrete. The building is a modernist icon, praised by giants of architecture such as Walter Gropius or Le Corbusier, and will be incorporated into the new museum complex. The new facility is located next to the multi-award-winning Kilden auditorium and theatre, a project carried out by the young Finnish architecture firm ALA Architects, winner of the design competition for the new Helsinki Central Library. 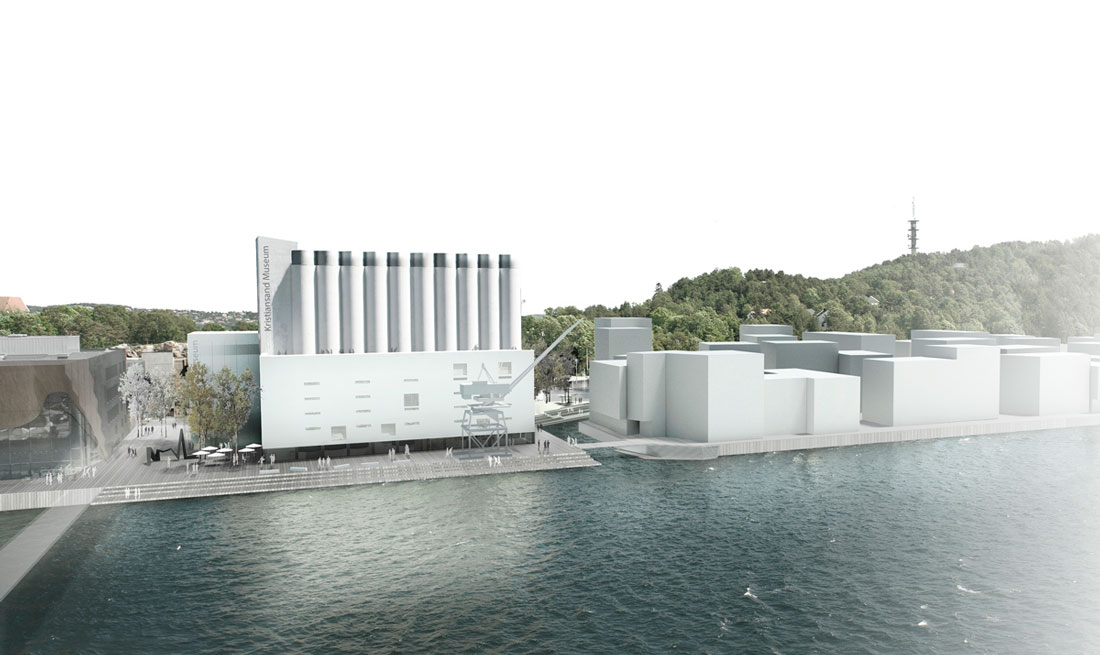 The proposal by MX_SI and Mestres Wåge achieves integration with the surroundings by emphasising the existing buildings, using the expressiveness of the silo as a container for one of the key pieces in the proposal: the Kunstsilo museum. In addition to the new museum and a performing arts school, the project site also includes a hotel and a building that serves as an incubator for artistic startups. The different volumes are placed and dimensioned in such a way as to create a diverse and complex urban space with a variety of spatial, programmatic and climatic characteristics, arranged around the silo square in order to generate a lively space with terraces, the museum café, the hotel entrance, the performing arts school and the stairway to the canal. 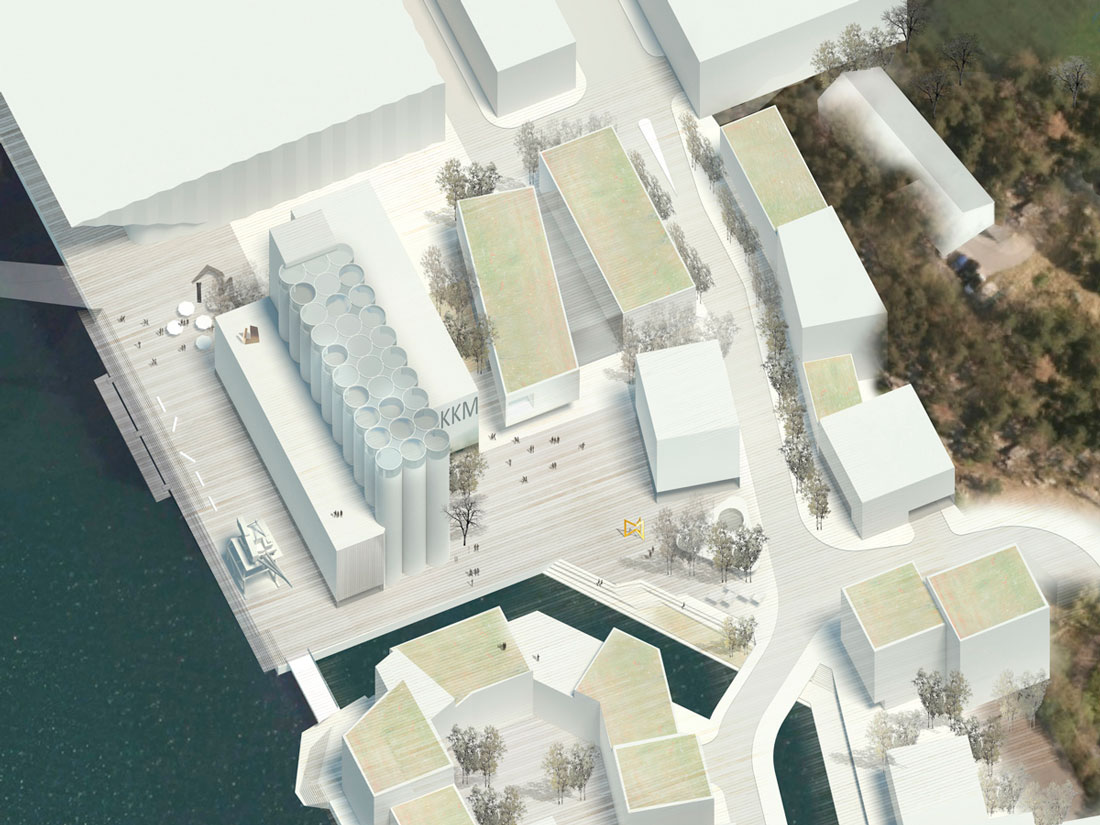 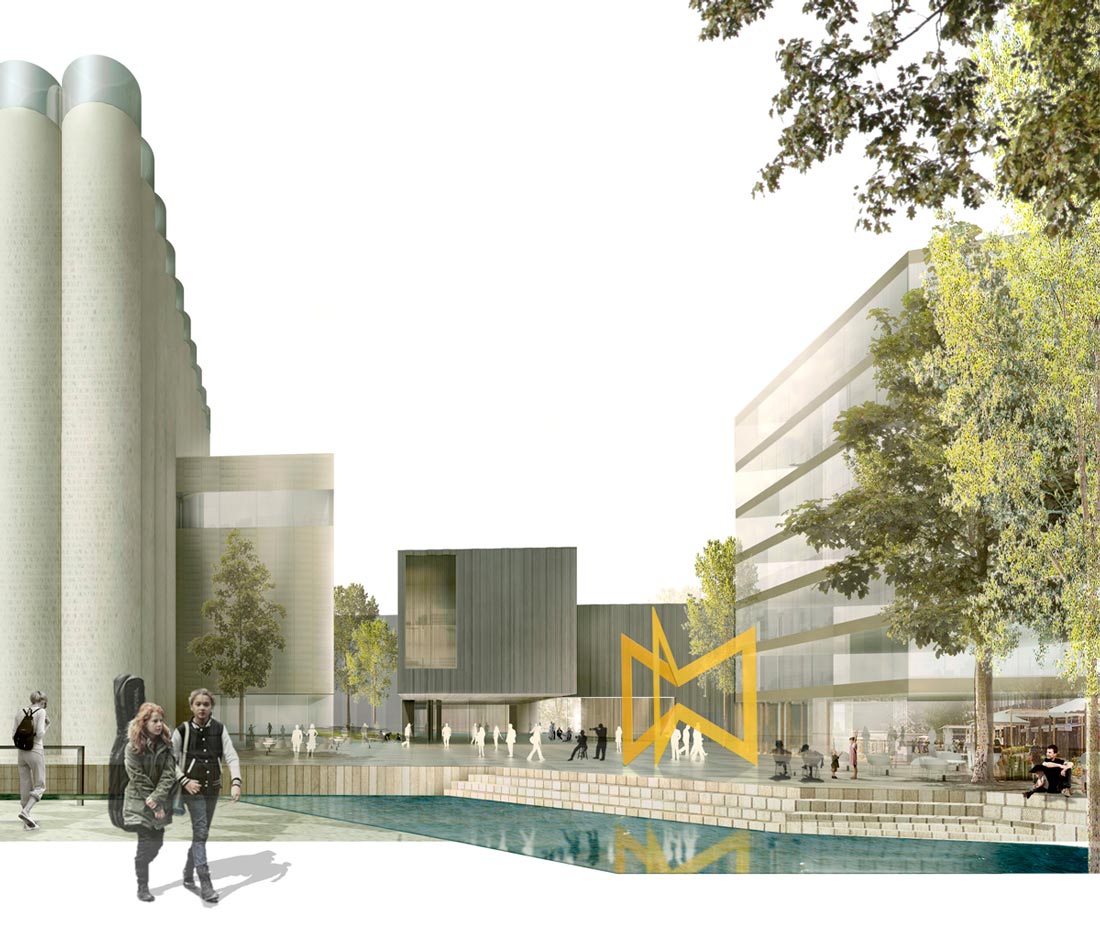 The old silo building, the warehouse next to the sea, and a new annex on the eastern side will house what is set to become one of the leading contemporary art museums in the Nordic countries. The planning strategy involves the creation of a large ground floor hall with four different heights, around which the entire project is arranged. The hall will be overlooked by the 20-metre-tall silos with their cut-out openings. Some of these will offer views of the sky, some will be fitted with opaque glass, and others will preserve their existing reinforced concrete. The exhibitions will be held on the three upper floors, surrounding the Silo hall, with the goal of making it easy for visitors to find their way around. The building is crowned with a transparent and flexible space designed for events, which affords panoramic views of the city and in some places a visual connection with the large hall through the floor. 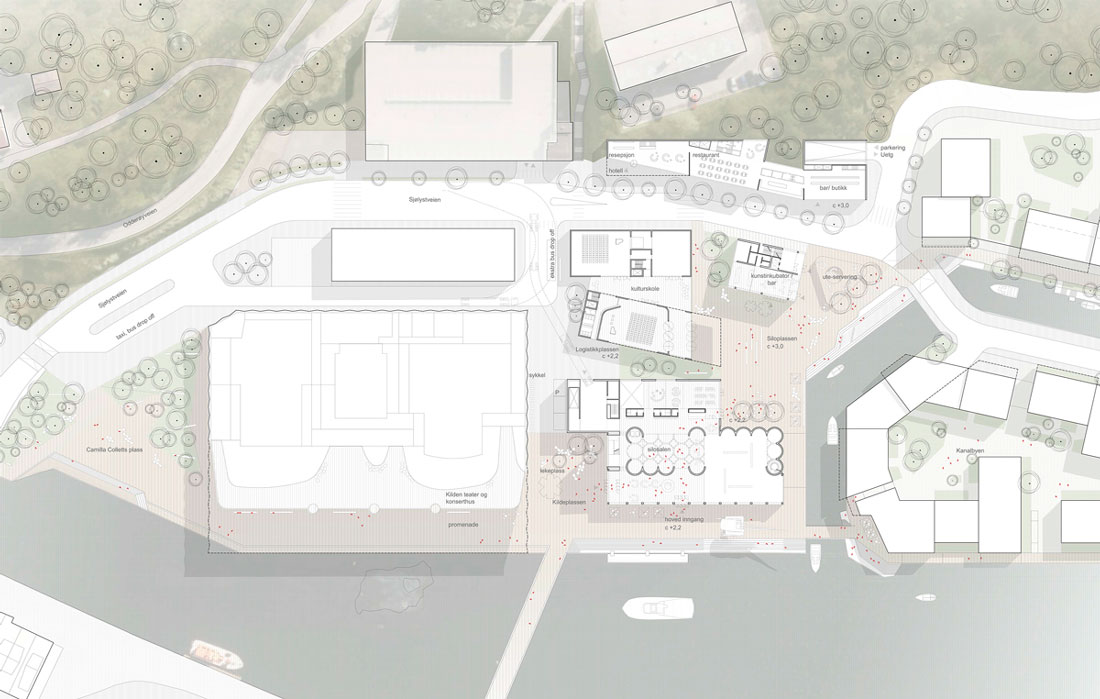 Meanwhile, for the performing arts school three adjacent but offset volumes have been designed, creating a variety of spaces (both inside and outside). The entrance, from the silo square, has been designed as a great outdoor hall with semi-sheltered spaces. The central square of the project is complemented by the hotel, which consists of four volumes of between four and seven floors, and the startup incubator building, with seven floors. 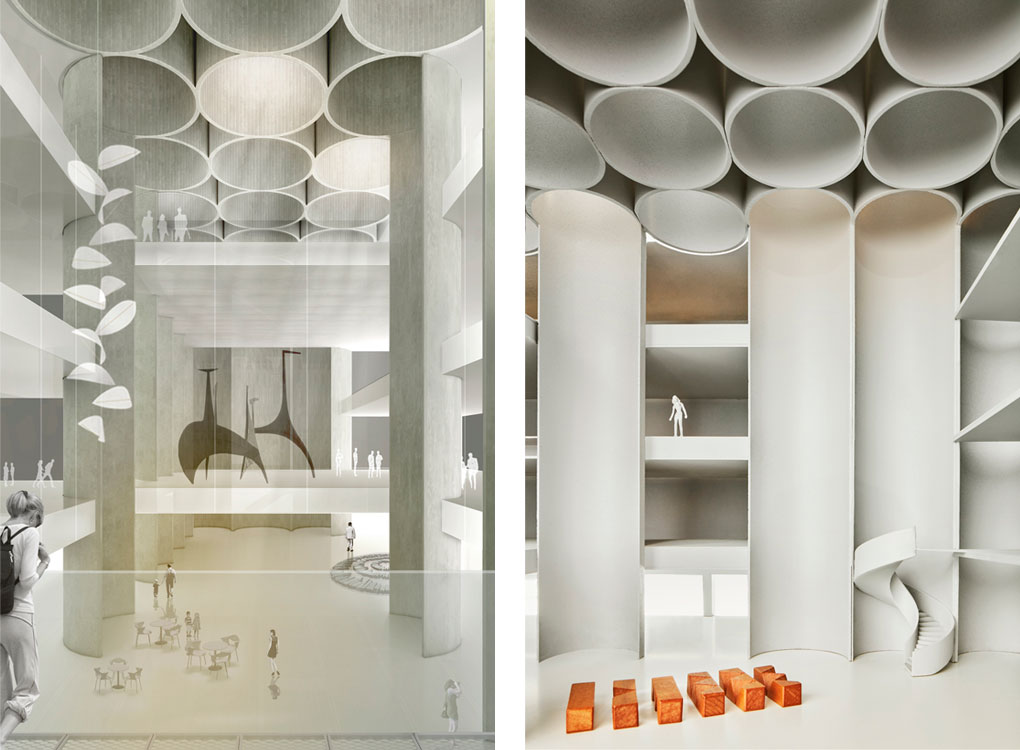 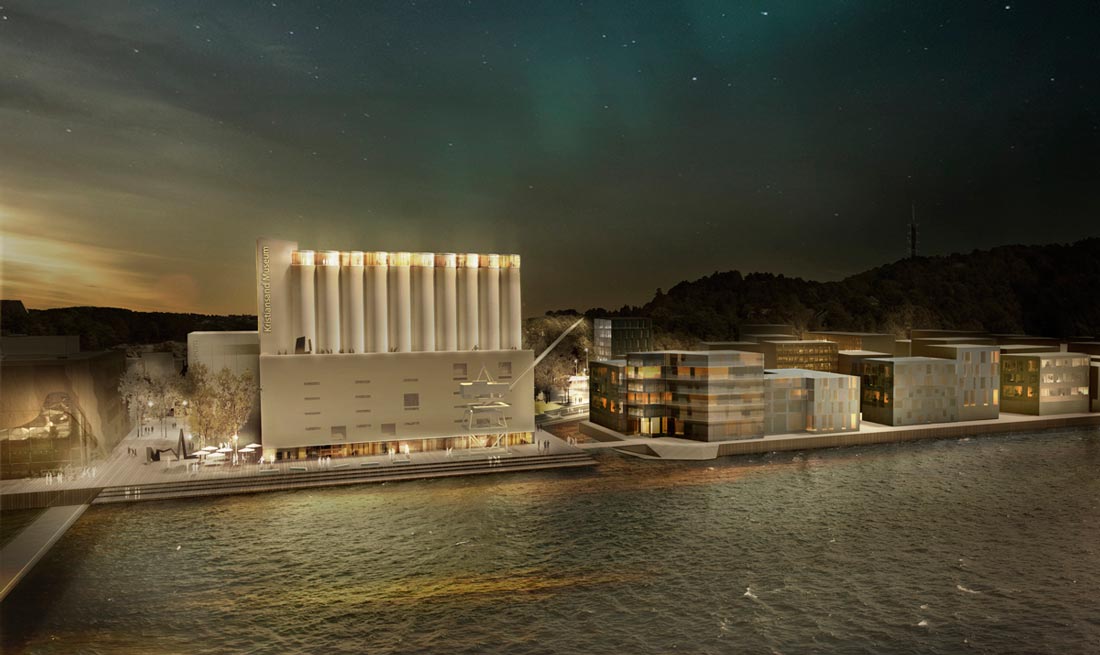